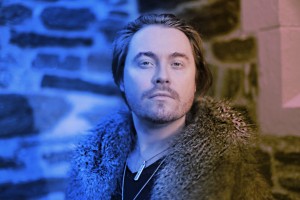 Following the premiere of his transcription of R. Strauss’ Four Last Songs  at L’Esprit du Piano Festival in Bordeaux, France  Konstantin has featured it on his South African Tour as well as many US venues including NYC’s Lyric Chamber Music Society, Nevada City’s Music In The Mountains, Sacramento’s Crocker Museum and Pianofest in The Hamptons where Konstantin is Artist In Residence for the past 7 years. In the recent seasons Konstantin became known for creating his operatic transcriptions that include La Boheme, Manon, La Traviata, Capriccio  and Das Wunder Der Heliane. This season Konstantin returns to New Orleans where he won First and Audience Prizes a decade ago with one-night only solo performance featuring his own transcriptions. He will also appear in New York presented by Eurasia Festival and Lyric.

In 2013  Konstantin made his directorial debut as Assistant Music Director of the new opera Magic Mirror in Boston. Konstantin’s work as and actor includes bother theater and film: narrator with Miami Symphony’s Musimelange performance  Stravinsky’s Soldier’s Tale, Forbidden Juilliard as multiple characters at Juilliard School and Club Makkor in NYC and Victor or Children in Power as Young Victor at  Moscow State Satire Theatre, Moscow, Russia.

Konstantin is a producer and host of “Real pianists of The Hamptons” – the first ever classical music reality show made at Pianofest in The Hamptons where Konstantin is Artist in Residence since 2011. He appeared on many television and radio interviews including NPR’s “Performance Today” with Fred Child.

Konstantin is an alumnus of The Juilliard School where he has earned his BM, MM, and AD degrees under the tutelage of Jerome Lowenthal. Born in Moscow to a family of artists he studied at the Moscow Central Special Music School, under the auspices of the Moscow State Conservatory, with Anatoly Ryabov.