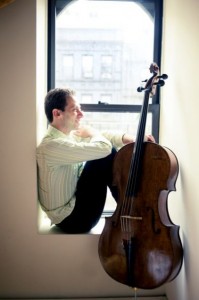 With a broad career as a cellist, performer, teacher, and administrator, Aron Zelkowicz has cultivated a repertoire both familiar and obscure. He serves as the Founder and Director of the Pittsburgh Jewish Music Festival, which presents rare and diverse works from Jewish musical traditions to Pittsburgh audiences every spring.  Now entering its ninth annual season, the Festival features renowned ensembles and guest artists from the orchestral, chamber, early music, rock, and world music genres in innovative and thematic programs.  Under his guidance the Festival has commissioned several works from established composers, received major grants and mainstream critical acclaim, and has been featured in full-length radio and cable television broadcasts.

As principal cellist of the Miami Symphony Orchestra, Dr. Zelkowicz maintains an active concert schedule in Miami as well as with the Pittsburgh Symphony Orchestra on American and European tours.  As a chamber musician he has performed at the Tanglewood, Banff, Aspen, Sarasota, Chautauqua, Colorado, and Sunflower music festivals and with members of the Emerson and Cleveland Quartets.  Dr. Zelkowicz has served on faculties and given master classes at universities and festivals throughout the U.S. as a teacher and coach to young string players.