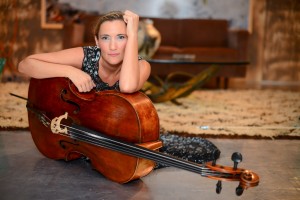 Cellist, ASHLEY GARRITSON, has a distinguished career as an international soloist, chamber and orchestral musician.  She has collaborated with the Chicago Symphony, the Boston Symphony, the Del Sol Quartet, members of the Juilliard String Quartet, ICE (International Contemporary Ensemble) of Chicago, and the Vols Quartet as well as with other chamber music groups internationally.  Recent solo engagements include appearances with the Indiana University Wind Ensemble this past February, performing the Aaron Travers Cello Concerto; Miami Symphony, where she performed the South Florida premiere of the Marc O’Connor Double Concerto with Daniel Andai, with the University of Miami’s Frost Symphony Wind Ensemble, the Kammergild Chamber Orchestra, the Jefferson Symphony, the St. Joseph Symphony Orchestra, and the Northwestern Symphony Orchestra. The Piedmont Post heralded her sound as “…exceptionally deep-toned, providing warmth…”

Ashley currently serves as Artistic Director of the Monteverdi Festival of the Arts in Tuscany, Italy.  She is also Adjunct Professor of Cello at Broward College in Davie, Florida.  In May 2010, she was granted the Doctor of Musical Arts degree in Cello Performance by the University of Miami, Coral Gables, Florida, where she performed the world premiere of Aaron Travers’ Cello Concerto, commissioned by the University for her and the Frost Wind Ensemble.  She was also the solo cellist in the world premiere of the Maslanka Trombone Concerto with wind ensemble. “Garritson plays with burnished tone and deep sensitivity.” –The Miami Herald