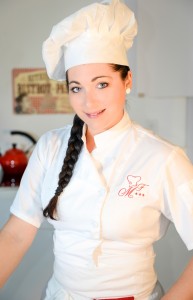 Michèle is from the city of Lyon, the second largest city in France. As a cook, Michèle has been recognized on both television as well as in print media for her exceptional ability to create unique culinary masterpieces. Her rare combination of warm personality and culinary skills propelled her to recognition as the best cook in Lyon, which is also the capital of gastronomy in France. As a private cook, Michele has worked with several of the world’s most recognized culinary masters, including Georges Blanc, and Philippe Le Chat. In addition, Michèle has given private cooking lessons to international celebrities.