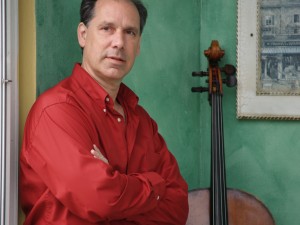 Hailed by The New York Times as “an elegant and accomplished artist” of “taste, technique, musicianship, and a contagious youthful enthusiasm”, Claudio Jaffé fascinates his audiences with his colorful and passionate virtuosity.

As a recitalist and chamber musician, Jaffé has performed in some of the most prestigious concert halls around the world, including the Weill Recital Hall, Town Hall, and Merkin Concert Hall in New York City; the Kennedy Center in Washington, DC; the Teatro Colon in Buenos Aires; Sala Cecilia Meireles in Rio de Janeiro; Sociedade Cultura Artistica in São Paulo; Wigmore Hall in London; Suntory Hall in Tokyo; and the National Arts Centre in Ottawa. His performance was found to be “eloquent with pathos and tenderness” by theNew London Day, which further commented on Jaffé’s “superb intonation, robust sound, and overall musical command”.

Jaffé made his orchestral debut at the age of 11, performing a concerto written for him by Brazilian composer Radames Gnattali. At the age of 18, he made his first appearance as a soloist with a major symphony orchestra. A winner of the International Villa-Lobos Cello Competition, Jaffé has performed with international orchestras such as the Slovak Philharmonic, the Calgary Symphony, and the Brazilian orchestras of Rio de Janeiro, São Paulo, Paraíba, and Goiânia. He has also performed throughout the United States with theDelaware, Lexington, Elgin, Greenville, Augusta,Rockford, Missouri, Olympia,Bridgeport, Pensacola, Jackson, Owensboro, Paducah, and Columbussymphony orchestras to name just a few.