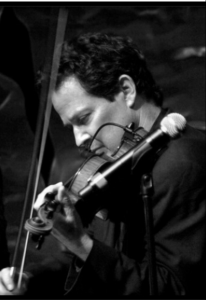 As a jazz musician, Glenn has performed with Ira Sullivan, Simon Salz, and John Blake, and is featured on the Miami Saxophone Quartet’s recordings,“Four More Giant Steps” and on Skitch Henderson’s “Swinging with Strings” on the Arbors jazz label.  He has produced two jazz CDs, “Blue Moon” and “Blue Bossa,” from a live concert given back in 2005 with Guitarist Simon Salz.