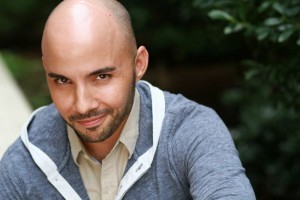 Puerto Rican tenor Javier Abreu has been described as a commanding force on stage, incorporating a rich, sweet and agile voice, with ample dramatic skills. Opera News described him as “…a natural Rossini singer,” and The Washington Times stated that “his high, supple lyric voice possesses great conviction.”

Javier’s 2015-16 season started with returns to Virginia Opera as the title role in Orpheus in the Underworld, and Florida Grand Opera as Almaviva in Il barbiere di Siviglia. He also performed El pozolero in a concert version of La Reina with Prototype, and American Lyric Theater.  He will perform Carmina Burana with South Bend Symphony, and will make a house, and role debut as Fenton in Falstaff with Arizona Opera.

Mr. Abreu has received many notable awards, including a 2003 Richard F. Gold Career Grant given by the Shoshana Foundation of New York, Third Prize in the 2005 Liederkranz Foundation Competition, awards from the Metropolitan Opera National Council Auditions, the Macallister Awards, and the Olsen Artist Debut Award by Florida Grand Opera.  He was a young artist at Seagle Music Colony, and Music Academy of the West, and an apprentice with Central City Opera.  He holds a Bachelor of Arts degree from the University of Miami. After finishing a Master of Music degree at the University of Houston, he worked as a Young Artists with the Pittsburgh Opera Center for two seasons. Mr. Abreu is also an alumnus of the Juilliard Opera Center.