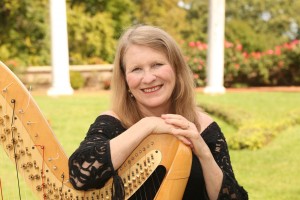 Karen Lindquist, Harp, is an avid chamber music player and has appeared at the Marlboro Music Festival,with the Chamber Music Society of Lincoln Center,White Mountains Festival, Music at Angel Fire, at the Bravo!  Colorado Festival in Vail and the Manchester Music Festival.  She has toured the United States as a member of Speculum Musicae and the Aurora trio and performed frequently with the Theatre Chamber Players of the Kennedy Center.  She was a featured performer with the members of the Chicago Symphony in Symphony Hall where she performed the world premier of Michael TenzerÕs Sources of Current.  She has also been heard as soloist with major orchestras across the United States and in Europe  including : the National Symphony, St. Paul Chamber Orchestra, New York Philharmonic, Brooklyn Philharmonic and the Vienna Austria Symphony.  Formerly a member of the Baltimore Symphony, she is principal harp of the Brooklyn Philharmonic and the Long Island Philharmonic orchestras.  Ms . Lindquist began her harp studies at the age of 10. She was a student of Suzanne Balderston and Eileen Malone and later graduated from the Juilliard School earning both her Bachelor’s and Masters degrees under Marcel Grandjany. Miss Lindquist can be heard on Varese, Sarabande, Orion, Music Masters and Bridge records.