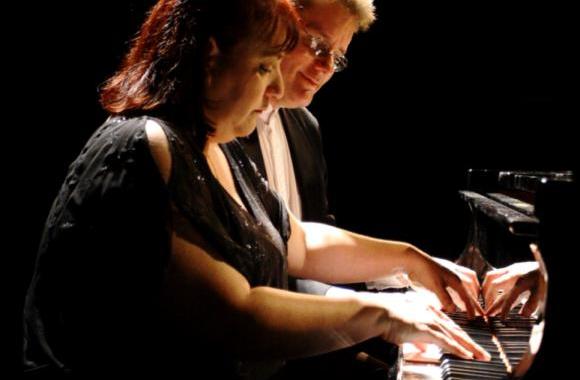 The two were married in a ceremony and concert performance that included the world premier of their original “Concerto For Two Pianos and Orchestra.”

They have concertized extensively throughout the United States and abroad. They produce festivals, concerts and educational events. Their original works and arrangements have been heard around the world. Compositions by the duo range in style and scope from solo pieces to full orchestra scores, from strict classical styles to modern commercial music.

The duo have given several successful concert tours throughout the French Riviera  and, with  pianists Frederic Chauvel and Mark Sole – Leris, formed  The United Nations Piano Quartet  to enhance cultural ties between South Florida and France.