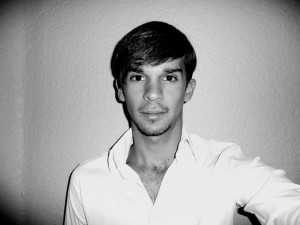 Liony Garcia is a cuban born choreographer/dancer based in Miami, Florida.

Liony is originally from Isabela de Sagua, Cuba. He received his B.F.A in Dance performance from New World School of the Arts in Miami, Florida. While in college Liony danced works by Jose Limon, Paul Taylor, Robert Battle, Garth Fagan and Donald McKayle. As a professional dancer he’s performed with Freddick Bratcher and Co., Brigid Bakers Whole Project., Brazz Dance Theater and has worked with Choreographers Guy Weizman & Roni Haver (Club Guy and Roni) in addition to Barak Marshall as a member of Los Angeles based repertory company BodyTraffic. Liony is a founding member of Rosie Herrera’s Dance Theater and is currently performing with BodyTraffic and Herrera.

In addition to being a dancer he is also a choreographer. His choreographic work has been shown in New World School of Arts College from 2004 to 2008 as a student, as a professional his work has been showcased at The Florida Dance Festivals Winterfest 2009. He has worked in collaboration with New World Symphony Orchestra as part of their musicians forum 2010. Garcia has also shown work at gallery Dot51 as part of Art Mob in Miami as well as Cando Arts Co-op.

Liony was commissioned by Miami Light Project and the Adrienne Arsht Center for the Performing Arts as part of The Miami Made Festival 2011 as well as the Thomas Armour Ballet for the Dranoff Piano Foundation.