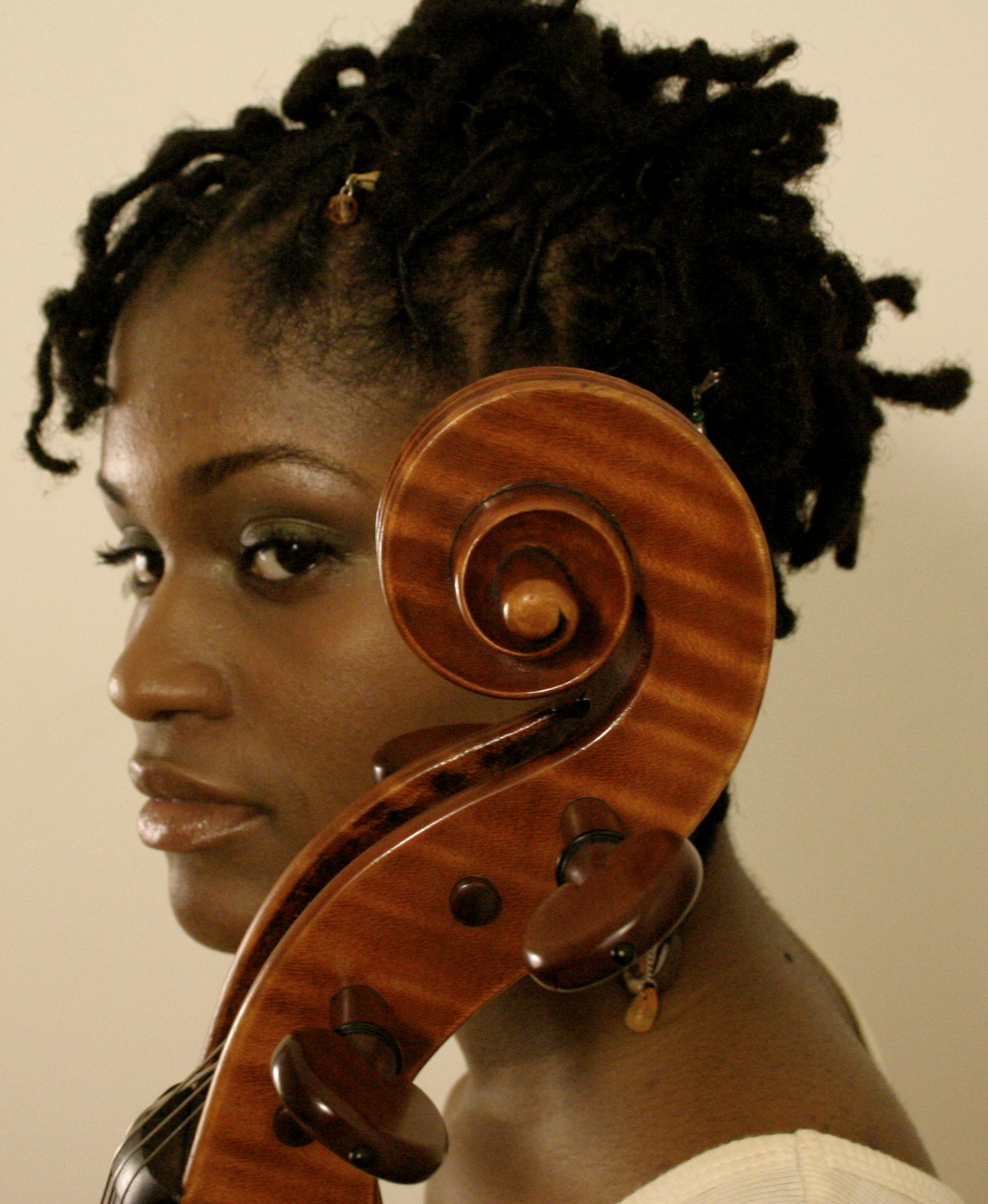 The brilliant and gifted young cellist Patrice Jackson is carving a name for herself as a gifted and charismatic young soloist.  The Detroit News has described her as a “big-toned, boldly projected soloist” and the Hartford Courant stated that Ms. Jackson “wowed the audience with effortless facility, playful phrasing and a sense of spontaneity that one hears usually only from the highest caliber of musicians.”

In 2002 Ms. Jackson was awarded first place in the Senior Laureate Division of the nationally renowned Sphinx Competition, and was the recipient of the 2002 Yale University Aldo Parisot Prize awarded to a “gifted cellist who shows promise for a concert career.” Since then she has performed with the Atlanta, Detroit, Dallas, New Jersey, Milwaukee, Omaha, Cincinnati, St. Louis, Grand Rapids, Nashville, Hartford, Chautauqua, Colorado and Mississippi Symphonies, as well as with the Philadelphia Orchestra.  Ms. Jackson also made her international orchestral and recital debuts in South Africa in 2002.  Highlights of the 2010-2011 season included performances with the Saint Louis Symphony Orchestra and the Chicago Sinfonietta.

Ms. Jackson has taken master classes with world-renowned Brazilian cellist Aldo Parisot, and has studied chamber music with Claude Frank and the Tokyo String Quartet at the Yale School of Music, as well as with the Juilliard String Quartet at the Juilliard School. Ms. Jackson, who performs on an Alberto Blanchi cello generously donated by Franklin and Tresa McCallie of Kirkwood, Missouri and Doris Taylor Cope of Chattanooga, Tennessee, has been a student of Janos Starker, Aldo Parisot, Joel Krosnick, and Bonnie Hampton. She is a graduate of the Juilliard School in New York and the Yale School of Music in New Haven.