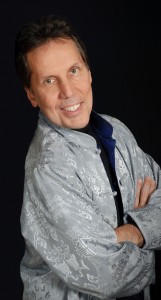 Critically acclaimed for “the kind of artistry which captivates, transports and communicates deeply,” pianist Richard Bosworth brings to the concert stage a broad spectrum of musical tastes and experience. His travels have taken him to nearly every major continent in the capacities of a recitalist, soloist, chamber musician, recording artist and competitor. Besides playing all the major repertory, he is a champion of contemporary works, often premiering them at convention workshops. His interest in jazz and composition add yet another dimension to his creative output. Upon receiving a baccalaureate from Eastman School, he pursued further studies at the Indiana University School of Music in Bloomington, Indiana, culminating in a doctoral degree. His teachers throughout his student years were such notables as Barry Snyder (prize winner of the Van Cliburn Competition), Leonard Hokanson (pianist of the Odeon Trio), Luba Dubinsky (pianist of the BorodinTrio), Mario Feninger (a Busoni expert), Michael Block (winner of the Artur Rubinstein Competition), and Balini Vazsonyi (student and official biographer of Ernst von Dohnanyi). Besides receiving a number of accolades on the competition scene, he has participated in some of the world’s most prestigious music contests, including the Tchaikovsky Competition in Moscow, the Beethoven Klavierwettbewerb in Vienna and the Pretoria Competitiion in South Africa. In 1999, he gave a guest performance at the White House in Washington, DC by invitation of President Clinton, and in 2005 debuted the first interactive music program to combine internet resources and multi-media at Lincoln Center. Most recently, in January of 2008, he performed for the Pianoforte Foundation, Chicago. The performance featured the music of Frederic Chopin and was broadcast live on WFMT. His appearances on other radio stations in the United States have included WQXR (New York) and WGBH (Boston). Dr. Bosworth has won praise from such internationally known conductors as Erich Kunzel and Keith Lockhart and has collaborated with flutist Turkil Bye and the late baritone Hermann Prey. His extensive repertory contains a number of recordings, including a release on Gallo Records that features the works of Swiss-American composer and conductor, Klaus Cornell. Videos of many of his performances may be found on YouTube. Dr. Bosworth makes his home in Naples, Florida, where he teaches and performs locally as a soloist and in chamber ensembles. He is a Bechstein artist.