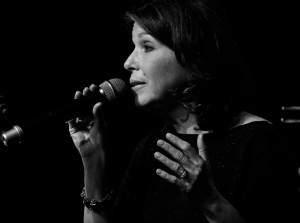 Susana Behar’s performance draws strength from her own life story, presenting a unique blend of diverse musical traditions. Her concerts feature world fusion sounds, captivating her audiences while moving with ease from delicate intimacy to engaging intensity with her sultry voice and style.

Born in Havana to a Cuban/Jewish family, she grew up listening to the traditional music of her homeland as well as the evocative music of her Sephardic ancestors, songs in Judeo-Spanish, which her Turkish grandparents had brought with them.

In 1965 she immigrated to Venezuela where she explored and performed the music of her adopted country, as well as that of Latin America and the Jewish folklore in general. She received a Master’s degree in Biology from the Universidad Central de Venezuela and in 1983 she once again emigrated, this time to the United States.

In 2007 Susana Behar founded The Sephardic Music Ensemble, thus developing an extensive repertoire of Sephardic music, contributing to the preservation of this integral part of Jewish culture.

Her first CD, ‘La Galana y El Mar’ was released in October 2009. Her second CD, ‘At The Crossroads’, is a compilation of a live concert featuring Sephardic and Latin American songs.

Her music has been featured in the documentary ‘Adio Kerida’, of anthropologist Ruth Behar, as well as in the CD ‘The music from the Sunshine State’, a series of radio programs featuring folk music, recorded by National Public Radio and the Florida Department of State.

Her third and most recent CD, TAPIZ, takes us to the Balkan lands on a thrilling musical voyage.

Susana also devotes part of her time to volunteer work, something that has always been part of her live. Since 2017 she has been volunteering with Musicians On Call, bringing the healing power of music to the children of the Joe Di Maggio Children’s hospital.